WHAT OTHERS ARE SAYING: 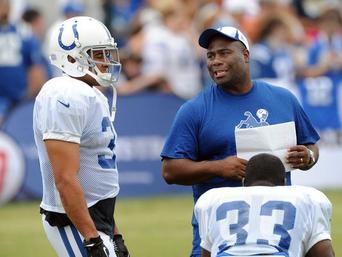 “I just want to comment on your O-Line teaching tape and my experience with you during our training camp this past fall. I was impressed with your passion, attitude and knowledge from the time of your initial interview with Indianapolis. After watching you work in person during training camp and then seeing how you train your players off film, my respect and admiration for your ability continues to grow. You have a solid philosophy in which you believe – “The Nickel.” You also have all the attributes that go along with being a great leader, teacher and mentor to young men. I am very impressed with not only your coaching points, but just as importantly I am impressed by how you relay them to the players. This profession is about bout continual growth and after watching your drill tape I felt I made myself better as a coach. Continue to do great work for the young players you coach and keep inspiring all of your coaching peers.”
David Walker – Detroit Lions Running Back 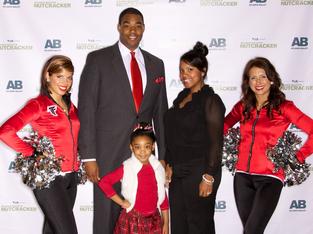 “While playing for Coach Berry, there was no doubt that our offensive line was always prepared. His passion, intensity, and love for the game was demonstrated through his coaching techniques and drills. Coach Berry has the ability to connect with each of his players on a mental and emotional level. Through that connection, he is able to get his players to maximize their effort to improve their techniques and athletic ability. I recall numerous game situations in which Coach Berry’s instruction throughout the week was key to our success on game day. I was blessed to have an opportunity to play in the NFL for the Cleveland Browns, Buffalo Bills, and in the CFL for the BC Lions. Coach Berry’s coaching style and teaching techniques allowed me to make an easy transition into the speed and flow of NFL practices. All the drills and techniques that Coach Berry taught me were the same that I was taught as a professional athlete. Coach Berry is truly an NFL caliber offensive line coach and proven collegiate champion. Any player who has the privilege to play for him, will surely be a better football player, but more importantly, a better man.”
Walter Stith – North Carolina A&T Class of 2005 (1st Team All-MEAC selection and retired NFL player) 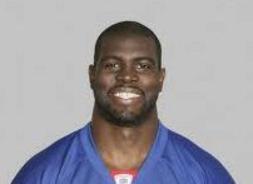 “I had a chance to work with Coach Berry while I was attending Morgan State University. He was one of the most important men in my football career and without him Berry I would have never made it into the NFL or had the opportunity to play football for the team. Coach Berry’s style of being able to relate to players while commanding authority is unique. The things I learned from him on the field helped me to get into one of the world’s most prestigious and selective fraternities as a player in the National Football League. But what Coach Berry taught me about perseverance, integrity and manhood will keep me progressing long after football is done. Though I haven’t been coached by him in a long time, the lessons that I have learned continue to guide my decision making and helping to foster a better me, each day. There is so much I can say to Coach Berry, but ultimately, thank you!”
​Clifford Louis – Morgan State University Class of 2006 (All-MEAC selection and former NFL player)

“Coach Berry instilled qualities in our offensive line that not only made us great football players but great men as well. The countless time he devoted and his attention to detail allowed our offensive line to excel on the field. The drills we used propelled us to lead the conference in rushing my senior year at Howard University.”
Davin Morris – Howard University Class of 2013 (All-MEAC selection)

“I am a coach at Crittenden County High School in Western Kentucky…One thing I have noticed [since coming to Crittenden] is that we do not have an offensive identity and often struggle to get going in games…I want to be a downhill, aggressive running team and want to do this through the zone blocking system…I came across your videos on YouTube and really like them. My offensive line coach and I have watched all of them and have found them very beneficial and informative in helping us create a system and offensive identity for next year.”
​Sean Thompson – Marion, KY

“First of all, thank you for all of the amazing YouTube videos you have produced over the years. I have been using your drills and concepts for several years now and have had the #1 or # 2 Run Offense in Nevada H.S. football for 7 consecutive years. I would like to buy your entire DVD set as I find myself instructing younger coaches a lot and I like the way you bring the message!”
Tony Davis – Las Vegas, NV

“I am a high school varsity offensive line coach and offensive coordinator and I recently came across some of your drill tape previews on YouTube. I feel very comfortable with where I am as an OL coach but am always looking to learn from some great coaches. Having watched a few of your YouTube previews I would love to learn more about the techniques and teaching methods you are using!”
​Brad Vojcak – Ave Maria, FL

“I learned a lot from last year’s outside-inside zone teaching tape. I’m starving for more! I was able to teach those techniques to my offensive lineman here in Houston.”
Mychal Gobert – Houston, TX

“The DVDs are phenomenal. I have spent a great deal of money on videos and yours are the best OL DVDs I have found. The passion and precision and explanation of the play and technique to execute the play is outstanding!”
Eric Knott- Greenfield, TN