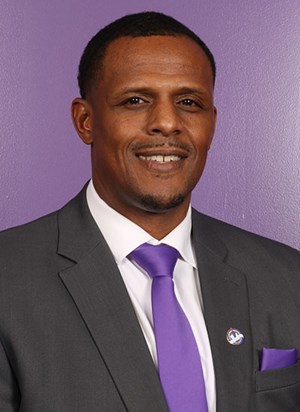 Berry comes to Benedict after serving as the Assistant Head Coach and Offensive Coordinator at Southern University. During his seven seasons with Southern, the Jaguars had a winning record every season, while the offense under his direction set numerous school and SWAC conference records. His coaching resume also includes stops at Howard University, North Carolina A&T, Morris Brown, Kentucky State and Fort Valley State, while also serving internships with six different NFL teams.

While at Southern, Berry helped direct one of the most prolific offenses in the country. This past season, the Jaguars led the SWAC in rushing and ranked 13th in the nation. The Jaguars averaged more than 33 points per game, ranking 25th in the nation in scoring. In 2016, the Jaguars ranked fifth in the nation in scoring, averaging 39.8 points per game, and 11th nationally in total offense. Individually, running back Lenard Tillery set the SWAC single-season rushing record and also became the all-time leading rusher in conference history. As an offensive line coach, Berry guided the Jaguars to no lower than 12th in the nation in sacks allowed each of the last three seasons. Since 2013, Berry has mentored 10 offensive linemen who have earned All-SWAC recognition, and five earned All-American recognition.

Prior to Howard, Berry spent two years as the associate head coach/offensive coordinator/offensive line at North Carolina A&T. Berry’s offense had one of the top rushing attacks in the MEAC during both his seasons at North Carolina A&T. He also had one of his early coaching stops at N.C. A&T, serving as offensive line coach from 2003-05. Over his first two seasons with the Aggies, he served as the offensive line coach. A strong running game led the Aggies to the 2003 MEAC Championship and a NCAA Division I Football Championship Subdivision playoff berth.

Berry served as Morgan State’s offensive coordinator and offensive line coach from 2006-2008. During Berry’s time there, the Bears possessed one of the most envied running games in the MEAC. In each of his three seasons with Morgan State, the Bears’ rushing offense ranked in the top 50 nationally.

Berry began his career at Morris Brown College in Atlanta where he coached under Joe Crosby. After one season with Morris Brown, Berry became the offensive line and tight ends coach as well as the strength and conditioning coordinator at Kentucky State under George Small in 1997.

Behind Berry’s strong offensive line at Kentucky State, Alvon Brown broke several school and national Division II records. Brown broke the single-season rushing record at KSU twice, and finished his career as the school’s all-time leading rusher. He also rushed for 405 yards in a game on September 16, 2000, which at the time was a Division II single-game record. Berry’s offensive line also helped Brown win the SIAC Player and Back of the Year awards on two occasions.

In 2001, Berry became the assistant head coach at Fort Valley State. He was responsible for coaching the Wildcats’ offensive linemen and tight ends. His impact at FVSU was immediately felt as Philip Shiflet earned SIAC Offensive Lineman of the Year and first-team Sheridan All-Americans honors in 2001.

Berry is married to Mrs. Ramille Berry and has three children Mia, Chennis III and Channing.